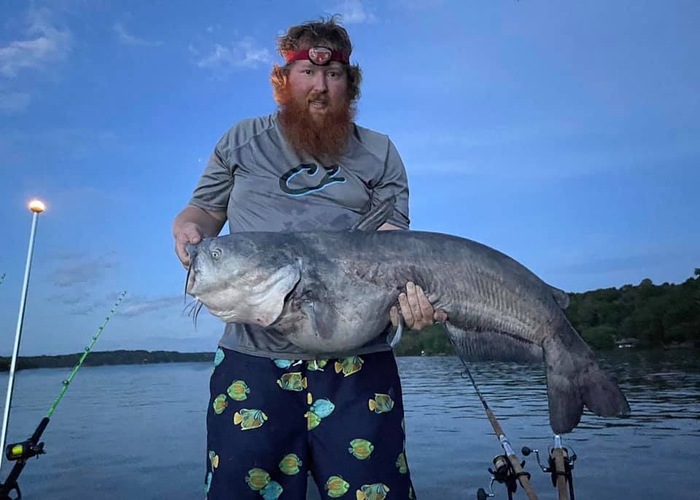 Jeff King, 37, loves his catfish, REALLY BIG catfish, whether he’s fishing for fun with his family or going against some really good sticks in a tournament.  This North Carolina cat man and physical trainer said that he’s on his second Polar Kraft and can’t think of another brand he’d opt for.

“I did have a 179 Frontier and liked it a lot,” King said.  “I just wanted a little bigger boat so I upgraded to a 2021 Outlander Catfish Edition.  You won’t find a better boat for fishing catfish on the market.”

He heard good things about the boat and began searching all over the country until finding one at Bayview Sun and Snow Marina, in Ohio.

“It was ready, too, so I drove all the way there and bought it sight-unseen,” he said.  “I’m really glad I did.”

King fishes two-to-three tournaments a month, mostly with his Dad, Jeff King Sr., although his wife, Carolyn, gets out there, too.

“She isn’t into tournaments but she loves catching white perch for me to use as bait,” he said.  “They’re good eating, too, if you catch some larger ones.”

King focuses a lot of his events on Badin Lake and Lake Tillery in North Carolina,  and Lake Norman in Virginia.  The tournaments are all catch and release and the anglers are very sensitive about the health of their catches.

“It’s usually a two or three fish weigh-in,” he said.  “The 75-gallon livewell in my Outlander is perfect for this type of event because it has the capacity to keep big cats healthy and their releases sound.” 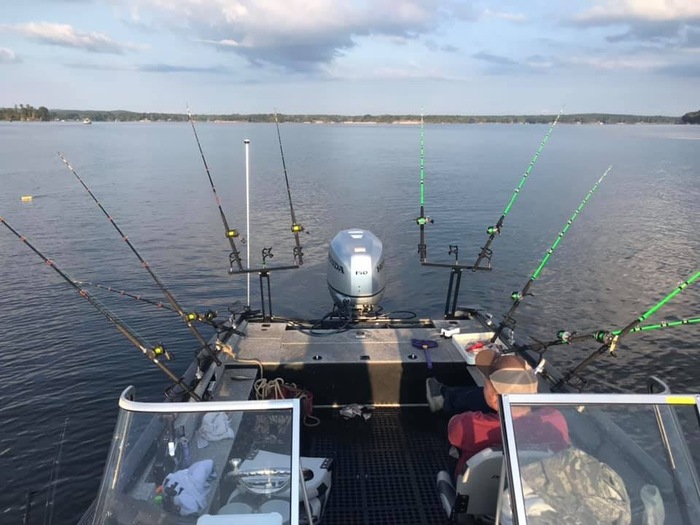